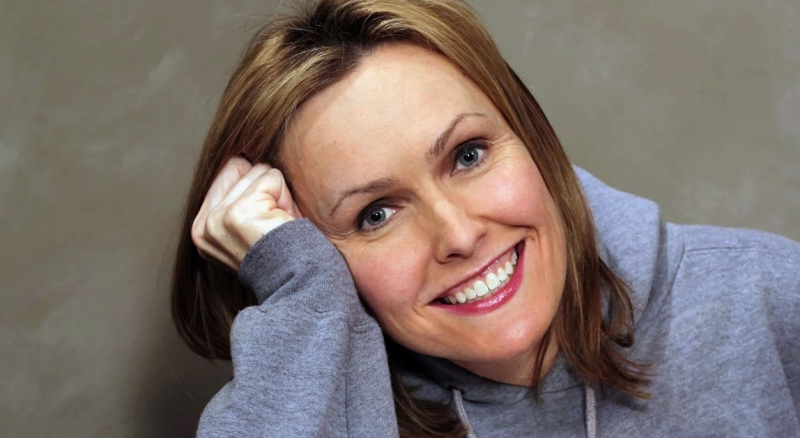 I experienced pain from TMJ for as long as I can remember. My jaw popping and locking was a common occurrence. I got braces at age 11 in 1989, which the orthodontist guaranteed would fix the TMJ. Nearly three years later, the braces with rubber bands were unsuccessful. The pain level in my jaw increased with age along with frequent headaches.

After two consultations with specialists in the early 2000s, I was informed that surgery was not an option and would most likely make the condition worse. In 2012, I began seeing a dentist known for treating TMJ. The dentist had me wear a bite guard and endure several months of physical therapy. The physical therapy was a complete waste of time. After I failed to improve, the dentist gave me injections in the jaw and shoulder blades. The injections were supposed to temporarily relax the muscles and relieve the pain. I left his office in tears because the injections hurt instead of helping me. Keep in mind, I have an extremely high pain tolerance and do not cry easily.

At the age of 36 in 2013, I could not eat without my jaw popping and locking. Each and every meal was a struggle and I became desperate to find something to put an end to my suffering! I spent the majority of my life avoiding certain foods because I could not chew without pain or open my jaw wide enough to take a bite. While reading the Rochester Post, I learned about Dr. Haddad’s expertise related to TMJ. Shortly thereafter, I went for a free consultation to learn about my treatment options.

I was immediately impressed by Dr. Haddad’s great wealth of knowledge on the disorder. He recommended a permanent orthotic, which I would wear for approximately six months in order to correct my bite. Dr. Haddad informed me that once the orthotic was removed, it would be necessary for me to wear braces again or else the progress from the orthotic would essentially reverse. I was grateful for his honesty, as this would be a lengthy and costly process. Dr. Haddad is truly a genuine person who cares about his patients, and he has a fantastic sense of humor!

I received my orthotic in September 2013, and noticed within several weeks that my headaches and jaw popping and locking decreased. No one was aware that I had the orthotic because it looked like actual teeth. By the time the orthotic was removed and I transitioned to braces in March 2014, there was a drastic improvement in my condition and quality of life.

I was not thrilled at the prospect of having braces again as an adult, but it was definitely the best decision I could have made! Initially, Dr. Haddad estimated that I would wear the braces for approximately 18 months. However, I made progress faster than anticipated and was able to have the braces removed after 15 months in June 2015. My teeth look fantastic, but most importantly my jaw no longer locks, seldom pops and my headaches are gone! Dr. Haddad and his staff are amazing, and I would encourage others suffering from TMJ to put their faith in Dr. Haddad!

I would like to thank Dr. Jeffery Haddad and his staff for his efforts in fixing my jaw and bite.

My dental nightmare started around 3 years ago when I had and issue with one of my teeth. It turned out I needed a root canal that turned into cracked tooth which ended up becoming a bridge on my upper right side. The procedure was done and my bridge was put in but… there was a problem. It just did not feel right in my mouth.

After numerous return visits to the dental office with him grinding my teeth to “try” and make it feel better the damage was done. My bite would not return to its original state. It even became a running joke for the dentist because I returned so many times (it wasn’t funny for me). This angered me quite a bit so I ended my patient relationship with this dentist and decided to get a second opinion on fixing my bite.

I saw three different dentists after this point with no remedy for my situation. All dentists gave it their best effort to try and fix my troubled bite but in the end it was just more grinding away my teeth to try and fix it. The more they adjusted my teeth the worse my situation got I felt completely helpless and started to get very depressed. I had a constant ache in my jaw area that would get increasing worse as the day went on. My teeth were such pain that I had two more teeth removed in a two year period after because they were affected by the adjustment grinding. At this point I am down 3 teeth, I am out around 4-5 thousand in out of pocket costs and NOTHING to show for it.

My whole outlook on life turned into a dark, depressing nightmare. My wife was really worried about me observing I had become very withdrawn and aloof of my family because of the constant pain. It also lead to regular thoughts of suicide to escape the pain I felt.

Well after researching my condition I decided to see a neurologist to rule out any issues with my brain (after all I had seen 4 dentists at this point who DID NOT FIX the problem). My neurologist put me through several tests including a sleep study, Brain MRI and a EEG all of these came out negative. After a final discussion with my neurologist he determined I possibly had condition called TMJ in my jaw based on the remaining symptoms I still had. The pain I was feeling was from my jaw being so out of balance and not supported properly. It would also cause headaches as well.

I decided to pay Dr. Jeffery Haddad another visit. Another visit? Yes, I had stopped by his office before but elected not to get the TMJ treatment (my mistake). As I remember it he was the only one that flat out REFUSED to adjust/grind my teeth on my original visit (should have told me something there…). Anyway, I made the appointment and elected to get the TMJ treatment at this point. It turned out to be the best decision I made up to this point! He talked me through the treatment and educated me on my condition and more importantly gave me hope.

I returned back for the first visit and through a series of tests to find my natural jaw placement and bite we made an impression of my teeth and I was on my way. The next appointment he fitted me with my new plastic orthotic and fit over my bottom teeth. I got to admit it was a little weird having this piece of plastic in your mouth at all times but I got used to it quickly. I returned back a few more times get the orthotic adjusted for optimum fit and placement each time coming back my jaw got a better. I finally made the decision to eat with it in and that’s when I noticed most results to this point.

I was taking Motrin for the pain at least twice a day now that had gone down to just a few times a week and my headaches have lessened as well. I have had the orthotic in place for almost a year now and the pain has decreased about 80-90%. That is much more livable and I’m sure it will keep getting better as time goes on. Each day I have this wonderful piece of modern dentistry in, my jaw feels more comfortable and allows me to focus more on the important things in life.

Dr. Jeffrey Haddad and his assistant Rachel worked tirelessly to restore my natural bite and they can do the same thing for you as well. Don’t suffer any longer make an appointment and get your life back! Thank you so much! Your patient, Mike S